A flurry of climate activism has been unleashed this week, led by veteran US campaigners Bill McKibben and Al Gore. They’ll undoubtedly be cheered by news of a breakthrough in the Middle East and North Africa region in the shape of a pioneering day of climate action held on Saturday.

This was coordinated by the Arab Youth Climate Movement, a new group which has emerged in the wake of the Arab Spring. Many of the countries that it represents are seriously threatened by drought, salinisation and tidal inundation. 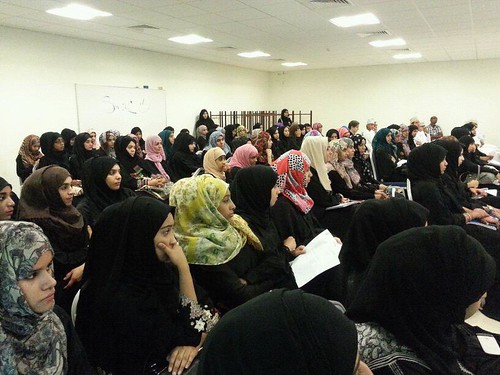 The embryonic movement is particularly anxious to get its message across to the government in Qatar. This will become the first Middle Eastern country to host major UN climate talks when the 18th conference of the parties to the UN Framework Convention on Climate Change (COP18) opens in Doha a fortnight from today.

Doubtless the AYCM will be ready to learn from its peers in Doha.  The Canadian Youth Delegation was especially smart in its actions at the Durban COP last year, provoked by their embarrassingly awful environment minister, Peter Kent, unbelievably still in his post.

Beyond the environs of the conference centre, there are bound to be reservations as to whether Doha is a venue capable of accommodating calls to public protest.

Many of us of have lived for years with the indelible association of Doha with the ministerial conference of the World Trade Organization held in 2001. This was a period in which meetings of world leaders were held in the most inaccessible locations, on account of major disturbances at the WTO in Seattle in 1999.

The state of Qatar was the dream ticket, on account of its repressive policy towards freedom of assembly. Potential troublemakers were simply refused a visa. Greenpeace sailed its Rainbow Warrior into the port but was unable to disembark.

At liberty to negotiate within a two dimensional world of business and the more powerful governments, ministers launched a new round of trade talks. To this day, the so-called Doha Development Round reflects a vision of development which has little to do with poverty reduction.

Now, once again, Greenpeace finds itself in the position of negotiating its right to protest with Qatar’s Ministry of Interior. According to a recent article in Doha News, “Ministry of Interior has said it will approve protests and demonstrations from Green Peace and other organizations.”

I’m not totally convinced. And I wonder if climate activists might feel a sense of injustice in gaining special dispensation, ahead of local civil society groups whose right of assembly will remain restricted long after the COP has packed it bags.

The watchdog organisation, Freedom House, reports from Qatar that: “protests are rare, with the government restricting the public’s ability to organize demonstrations.”